Socially conscious investing in KiwiSaver to enhance your sustainability 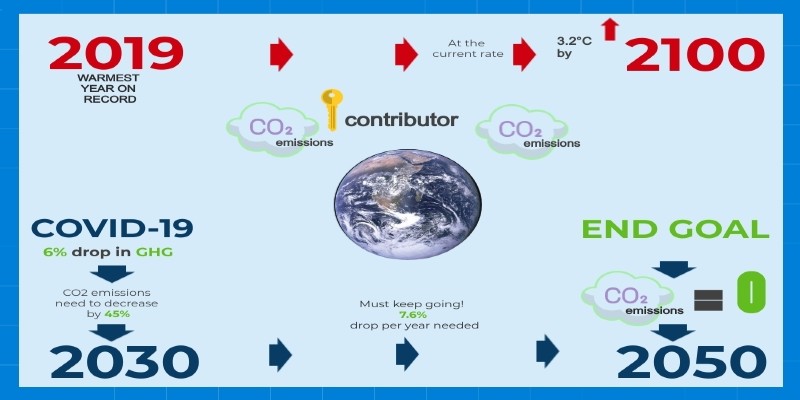 This means you own a shareholding in these companies. For better or worse it also means that you’re supporting the activities being undertaken by these companies in a small way.

By 2018, the impacts of climate change had seen an increased frequency of natural disasters, such as massive wildfires, droughts and floods, like those we’ve seen in Australia. Climate change studies indicate these impacts have affected more than 39 million people globally.

To galvanise everyone into action, the United Nations have sought to address this as one of their 17 Sustainable Development Goals.

For investment providers, like those who provide your KiwiSaver, this includes divesting from oil companies and other significant contributors to fossil fuel emissions. Many listed companies have also made commitments to go carbon neutral.

Over recent years we’ve seen a number of companies show their understanding of the type of energy, and how much, they use. This is often found in their annual reports, or sustainability reports, in the form of a tally of greenhouse gas emissions (GHGs). 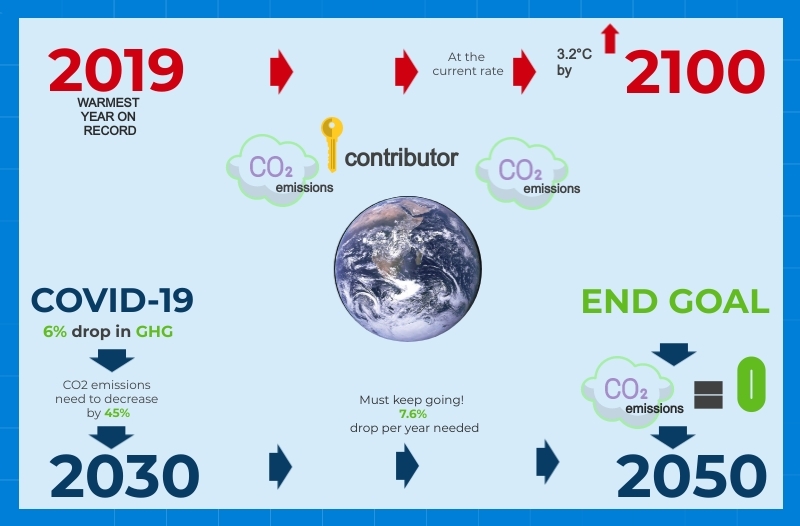 What’s the difference between greenhouse gases and carbon dioxide emissions?

Carbon dioxide, or CO2 emissions, is the most common GHG emitted by human activities, in terms of the quantity released and the total impact on global warming.

GHGs, on the other hand, include any gas in the atmosphere which absorbs and re‐emits heat, and thereby keeps the planet’s atmosphere warmer than it otherwise would be.

GHGs are now more commonly categorised into three groups or 'scopes', as defined by the widely-used international accounting tool, the Greenhouse Gas Protocol.

This covers direct emissions from owned or controlled sources such as the gas emitted by vehicles (transport is one of the biggest contributors to climate change) or the methane emissions from animals such as cows.

A company listed on the NZX is Tourism Holdings Ltd (THL). They started in New Zealand and are now one of the largest providers of holiday campervans for rent and sale in Australia, New Zealand and the United States.

As part of their commitment to reducing their carbon footprint THL tested their first electric campervan, the Nissan e-NV200, in December 2017. A fully electric “Britz eVolve” campervan conversion was completed in May 2018, and nine more hit the roads in January 2019.

With a range of up to 120km and a GPS with offline navigation they also worked with Holiday Parks Association New Zealand to install fast chargers within 100km of each other and supplied suggested itineraries.

Their electric vehicle carbon footprint would have seen a decrease by an estimated 16,800kg1 of carbon emissions per campervan per year. That’s the same as taking close to four cars off the road for the same amount of time.

This covers a company’s indirect GHG emissions – such as those from the generation of purchased electricity, steam, heating and cooling used.

Another company listed on the NZX is Fisher & Paykel Healthcare (FPH). This company was one of the first to support Meridian Energy’s 100% Certified Renewable Energy programme. This enabled them a straightforward way to match their energy use with 100% renewable energy generation.

By purchasing renewable energy certificates, Fisher & Paykel Healthcare has been able to prove their source and hence reduce their reported CO2 emissions from electricity generation by 2,373 tonnes of CO₂e. That’s the equivalent electricity use of 391 homes.

This includes all other indirect greenhouse gas emissions that occur in a company’s value chain such as waste – either through the production of the products and services or through your, as their customer’s, use of their products or services.

With mobile phone providers making new mobile features regularly available, and changing internet capabilities, mobile phone users were upgrading their phones every two to three years – half of their expected life. Disposing of old mobiles through traditional means, such as putting them in your rubbish bin, enables harmful substances within mobiles to leech into the land and surrounding waterways. Their lithium-ion batteries can also cause fires.

Spark (listed on the NZX as SPK), Vodafone and 2degrees all use a company called Re:mobile to recycle mobile phones when they’re no longer required. Re:mobile can extend the life of the mobile or facilitate precious metals to be removed and reused.

Nearly 550,000 mobile phones have been collected for re-use or recycling since 2014, diverting nearly 100 tonnes of waste from landfill and reducing greenhouse gas emissions from waste by 218 tonnes of CO2e (which would have been required to mine for parts and manufacture the mobiles).6 That’s the same as charging over 24 million smart phones.

What does this mean for your KiwiSaver savings?

Coupled with our new-found ways of working, reviewing where companies source their energy from, how efficiently they use it and where they can cut back, without significantly impacting their ability to deliver their products or services, gives us all a good chance to decrease our overall emissions each year.

Your support of these local companies, through your KiwiSaver savings, enable these companies to continue their transition and will support our on-going livelihoods and our environment.

At National Capital we’re conscious of this and part of our research looks at the types of ethical investment made by all KiwiSaver providers and how it translates into your investment needs.

We conduct continuous research on these aspects to not only help you chose a suitable fund but to also make sure that you are informed on what you should do if your circumstances or the circumstances of your provider change.

Our KiwiSaver HealthCheck enables you to prioritise ethically managed funds as part of your KiwiSaver assessment.

Campervan carbon emission calculation was based on the following assumptions:

- one diesel-powered campervan emitted around 200g of CO2e per kilometre8
- average travel distance of an international visitor using a campervan around New Zealand was around 3,500km; assumed an average of four weeks per trip
- assumed each campervan was in use for 50% of any given year (total six trips)
- THL had around 370 of these
- Est. 16,800kg of CO2e per campervan per year
- Total estimate for all 370 campervans is 6,216,000 CO2e per year

Which KiwiSaver provider should I invest with to enhance my sustainability?

With a total of nearly 120,000 investors using Fisher Funds KiwiSaver Growth Fund, it is nearing a total value of $2,933..

Have KiwiSaver Managers reacted since the FMA tightened their belt?

As we know, in April 2021 the Financial Markets Authority (FMA) released guidance for KiwiSaver scheme providers. So, what does..

Booster has recently announced changes to its fee structure starting October 1st, 2021. This new structure will be based on..

ANZ, one of New Zealand’s leading banking and financial services groups, is to cut the $18 membership fee from its KiwiSaver..

We will be going over Milford’s KiwiSaver Performance for the past quarter and recent news. This includes how Milford..

I want my KiwiSaver money invested ethically, should I invest with Fisher Funds?

The demand for ethical investments in KiwiSaver is becoming increasingly popular, with 49% of Kiwi’s looking for a responsibly..

p: +64 21 0499 703
© Copyright 2021. National Capital Limited.
A copy of our advisers' disclosure statement is available on request and free of charge. The views and opinions expressed in this newsletter are not intended to be a personalised service for an individual retail client. The views and opinions are general in nature and may not be relevant to an individual's circumstances. Before making any investment, insurance or other financial decisions, you should consult a professional financial adviser.